Acid Test
Acid Test
Previous post: « Noise is not Free Speech
Next post: About those midterm elections: Who Cares? »
posted in Thinking out loud

About the Chilean Miners

I’ve been watching, like everyone else. I don’t think I remember such a glad time since the Berlin Wall came down. Humanity at our best. 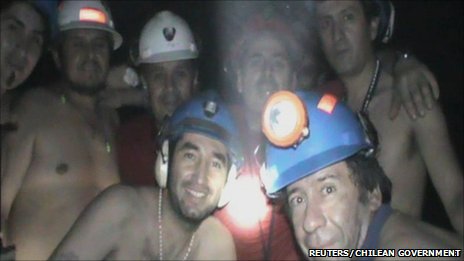 So much so, I didn’t even mind President Pinera showing up forever where nobody needed him that much. He really cared, and not just about the cameras. So much so, that even the flag waving didn’t bother me. Usually it does. But this time, honestly, the Chileans have a lot to be proud of. The way they searched for the miners without giving up, without worrying about how much it cost, or even mentioning it. The way the miners held on, the way their families and friends waited. And waited, and waited.

People say of the final rescue, the bringing up of each miner, one by one, the meetings of the people whose love had kept them alive, people say that the whole media angle was minutely managed.

I think that’s true. The media were managed. They weren’t allowed to overwhelm the quiet dignity and the unassuming humanity of all the people involved. That was Chile’s biggest gift to all of us.

You know, one of the side effects is going to be an increase in tourism. There have to be lots of people like me, who are now fascinated by the country. I want to go see it for myself. I want to see these remarkable people. I want to find out how they pulled themselves out of such a deep dark hole.

Although, if the secret ingredient is modest people who soldier on, people who can control even the media, that’s maybe not so good. They seem to be in short supply. But still, after this, I feel hope: 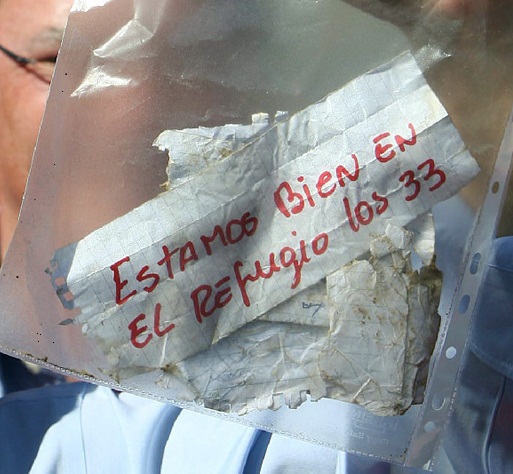 (Was: Q.barrales, Wikimedia. Now no longer there.)