Acid Test
Acid Test
Previous post: « I, for one, welcome our new robotic overlords
Next post: When the gods want to punish you »
posted in human rights, politics, religion

No, you cannot tell me to live by your beliefs

Just no. I’m not sure what is so hard about that concept.

Muslims are upset about some non-Muslim’s pictures somewhere. Again. This was the result in that case. (Via BBC, Day in Pictures, Oct. 2, 2012.) 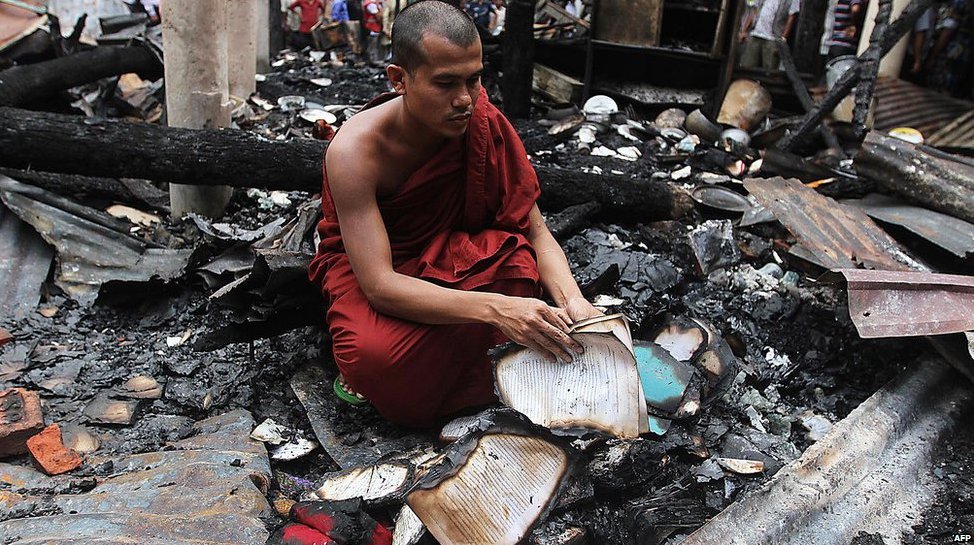 Buddhist monk leafing through burned book in a burned building

It has, apparently, escaped the rioters that these are Buddhists. Not Muslims. Muslims do not get to tell Buddhists how to live their lives. Nor do they get to tell Christians. Or atheists. Or, for that matter, even other Muslims except on a voluntary basis.

So just get over it. There may be pictures out there your religion forbids. Too bad.

There’s one thing you can do: don’t look at them.

There’s one thing the rest of us can do: make it easy for you not to see them.

You’re within your rights to insist on not seeing what hurts you. You’re way outside them when you hurt others.