The nanny, the Indian diplomat, and the US authorities

Here’s what I don’t get about this event. I gather the diplomat was accused of some kind of visa violation in underpaying her nanny. Okay. So the State Department looks into it, determines if there was an underpayment and fines the diplomat (or whatever the law says) if there was. Right? 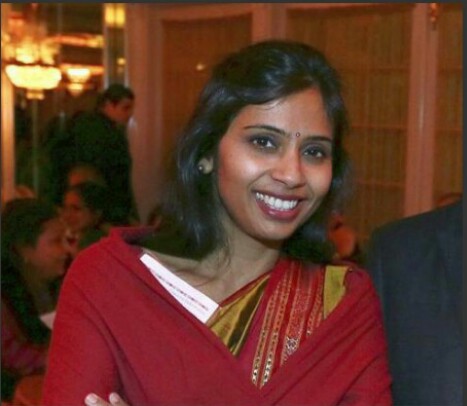 No. She gets arrested in a snatch and grab raid on the street in Manhattan, as if she was a drug boss on the run, hauled off to the cop shop, and strip-searched.

I mean, WHUUUUT? Did they think she was hiding the nanny’s money in her underwear? If underpaying your foreign household help brings out the anti-terrorism swat team, most members of Congress will go into hiding.

And the US, instead of falling all over itself to apologize, says they’re talking to India and stressing how important bilateral trade is. Again, whuuut? Translated from the bureaucratese that sounds to me like, “Hey, you get lots of money/weapons/whatever from us. So shut up.”

Does the US really not understand that testerical overreaction like this is stupid?

In the past when I’ve seen people spreadeagled on the hoods of cars for minor traffic stops I’ve thought that the cops were having too much fun playing with their equipment and barking to care how stupid it looked.

After this event, I think it’s worse than that. I think they’ve been doing it so much for so long they’ve really forgotten that normal responsible adults show restraint. Somewhere in the dim corners of what passes for the authorities’ minds, they know that this is what they do to people hundreds, thousands of times a day. They do it to people who’ve run stop signs or stood still on a street corner listening to their ear buds or maybe trundled a shopping cart too far from the supermarket. Almost always brown people.

The US should be apologizing to the diplomat, and also to everybody else to whom they’ve been jackbooted thugs.

That would be a lot of people. Apparently the US has gone so far down that road, they either can’t stomach the size of the apology they have to make or, worse, they don’t even remember anymore that thuggery is bad behavior which requires an apology. [Update: Well, that would be B. “The arresting authority, the U.S. Marshals Service, characterized the strip search as a routine procedure imposed on any new arrestee.”]

There’s a final little ironic postscript to this sorry tale. A good part of the Indian reaction has been outrage that a person of high rank has been treated like a nobody. Not realizing, of course, that in the US being brown is enough to make you a nobody.

The real solution is for everybody, Indians, people in the US, everybody to treat people like somebody even if (they think) they’re nobody.