A mere few days ago this was a cartoon. 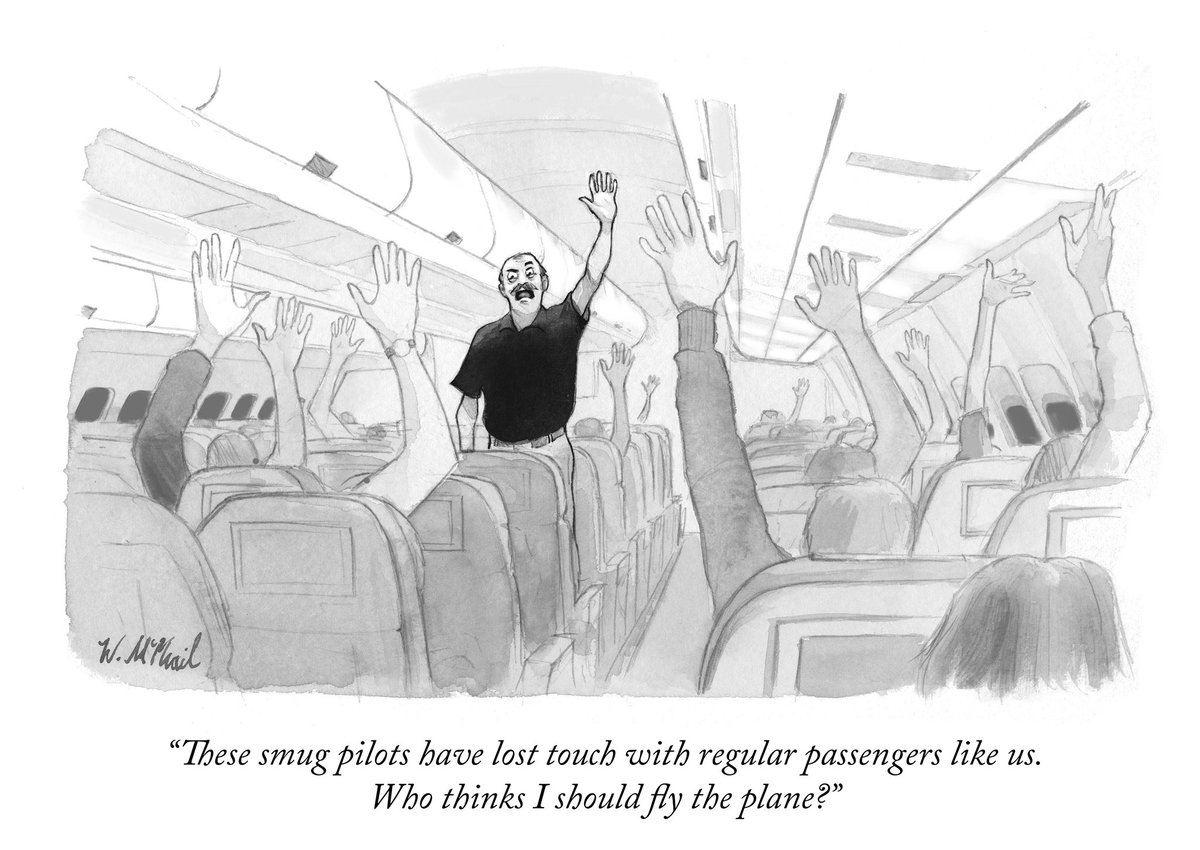 “These smug pilots have lost touch with regular passengers like us. Who thinks I should fly the plane?” [And quite a few hands are raised.]
cartoon by W. McPhail

Yesterday. Reality. Comments by one of our newly unleashed protofascists. Congress can now reduce any individual Federal worker’s or specific program’s annual salary or funds to one dollar. [1]

He favors a strategic application, likening it to a bullet from a sniper rifle rather than a shotgun. It’s unlikely — but not impossible — that members will “go crazy” and cut huge swaths of the workforce, he said.

“I can’t tell you it won’t happen,” he said in an interview Wednesday in his office. “The power is there. But isn’t that appropriate? Who runs this country, the people of the United States or the people on the people’s payroll?”

(Of course, if he was actually that concerned about the people, the president inaugurated on january 20th would be the one who won by near-three million votes, Hillary Clinton [2].)