This alien planet we live on

There’s so much we don’t know about this third planet from the Sun that living on it is a good practice run for when we find other new worlds.

This just blew me away: (Science via Ars Technica)

[A] team of scientists has taken a closer look at the particulates that cause snow to form, and it seems that most of them are… alive.

Ice formation in the troposphere doesn’t tend to happen on its own if the temperatures are higher than -40°C (coincidentally -40°F), but biological particulates can catalyze ice formation at higher temperatures by acting as a nucleus.

forming rain or snow [may be] part of the bacterial life cycle; “We think if (the bacteria) couldn’t cause ice to form, they couldn’t get back down to the ground,” Sands said. “As long as it rains, the bacteria grow.”

I’m looking up at the sky, full of unseen clouds of tiny life that I didn’t even know existed. It floats around higher than jets fly just to boldly go where no Pseudomonas has gone before, and changes our climate while it’s at it without us suspecting a thing.

(Did I mention that I’m boggled?)

Baby you can drive my car

What’s not to love? (Well, to be absolutely honest, I’d still rather have an Aptera…. 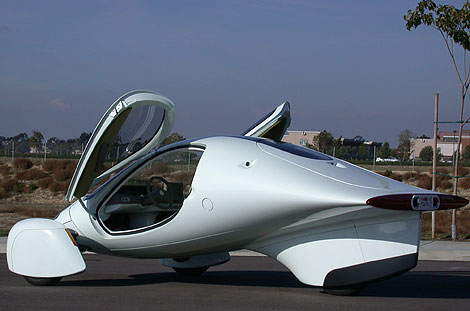 You’ve noticed how the media take out the Democratic candidates, one by one? First Edwards. (Gawd! He gets his hair cut? Who ever heard of such a thing?) Now Clinton. (Such an unfeeling crybaby.) Then Obama. (We really haven’t been fair, have we? We need some balance on Obama. We should really look at his shockingly radical background, shouldn’t we?) Check back in late October, to see whether that last was right.

So I’m depressed. I can’t tell whether I’m seeing the future, or just fearing it. Either way I see McCain, which isn’t easy since the man’s so crooked he can hide behind spiral staircases. (Not my own. Wodehouse.)

Meanwhile, every minute of every day the evidence for getting rid of the rancid Republican greaseballs gets more crushing.

In spring, an old coot’s fancy turns to taxes, so I’ve started looking around for information. And the first thing that clobbers me over the skull is this:

I’m sure making it harder for underpaid teachers to buy school supplies for their underfunded schools will solve the nation’s fiscal problems.

I didn’t even notice when they slipped in these extra cuts, to join the thousands of others.

The planet’s big problems relate to energy. Using it is warming the planet. Getting it is causing wars. Running out of it will end in poverty and famine. Now that we’re getting closer to the apocalypse, it looks like the four horsemen are all riding one cloned horse.

The first task is to figure out the scope of the problem. How much energy do we use? How much will we need in, say, 2050? (That’s a favorite year for projections: it’s nice and round, and within many current lifetimes, but not so close that there’s no hope.) The next task is to consider which types of energy could supply the needs. And the final task would be to go out and do it. The system breaks down at that crucial point. There are solutions to the energy crisis. We’ll soon find out if there’s a solution to the “people’s heads in a place where the sun don’t shine” crisis.

(Fair warning: this is another one of my interminable posts…) END_OF_DOCUMENT_TOKEN_TO_BE_REPLACED

Clinton vs. Obama: no contest

I have a confession to make.  I’m moving away from the Democratic dogma that says we have two fine candidates, and either one will be a great President.  I no longer think so.  There’s a disconnect between Obama’s words and deeds that got too big for me.  So I took another look at Clinton.

At first, I didn’t consider her because of her stance on rating video games.  Yes, really.  That goes way back, to before the Iraq war even.  You see, I’m hyperallergic to anything that smacks of pandering to fundies.  Don’t get me wrong. I’m all for people being able to control what they see. (In fact, I’m such a wild-eyed radical, I think ad blocking is an inalienable right.) But the way she did it felt like a pander to the fundies, and she fell beyond the pale.  (I wasn’t always so intolerant.  Once upon a time, I was a live and let live kind of dreamer, but then Reagan happened, and, well, it’s a long story.)

Okay. Let’s fast forward closer to the present. I’ll recap my thoughts, going back to when I first heard of Obama.

2004, Democratic Convention, and Obama gave a brilliant speech. I thought, “Wow! Next President! Somebody I could really get excited about!”

2006.  When the presidential campaign started (pretty much as soon as the polls closed in 2006, wasn’t it?), and Edwards, Clinton, and Obama were all unofficially running, I was chortling wildly. Three excellent candidates. Three! And I’d be glad to vote for any one of them. As far as I was concerned, the gods, displaying the distorted sense of humor for which they’re so famous, made the best candidate a white male in the first field with some real diversity. But all three were good.

Then the trouble started.

What can I say?   I love these things.

These are some new friends I recently met at Point Dume near Malibu.  During very low tides, such as we had at the end of December, you can just wander around among the tide pools and find things that you’d normally only see snorkeling. 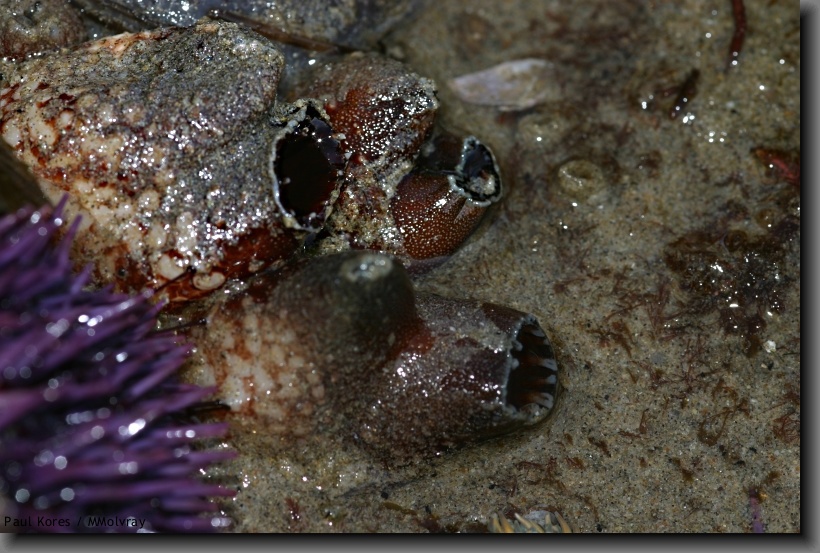 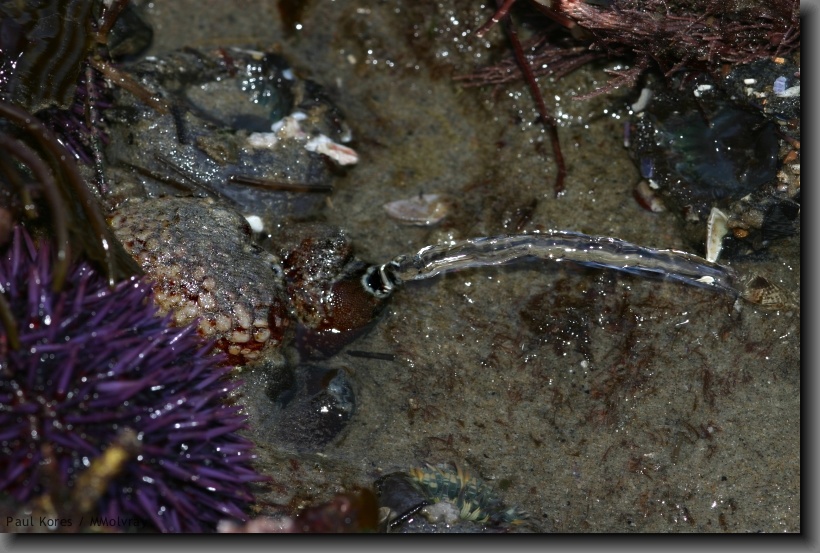 eriposte at The Left Coaster has a gut-wrenching list of some of the ways sexism is slathered on Clinton’s campaign. I knew it was bad, but I’ve been trying to maintain my sanity. I didn’t realize it was this bad. Go read the whole thing. Go read it even if you already know we’re nowhere near a post-feminist society. There are some things which have to be repeated until we’re finally so cured we don’t know what they mean.

Thanks, eriposte. You’ve written the post I haven’t had the stomach to write myself. Carefully collecting all the evidence of hate just hurts too much.

The thing that hurts worst of all: the folks on supposedly “our” side, the “progressives,” who can always find a more “important” battle to fight than sexism.

We’re not supposed to get into an Olympics of -isms. Nobody’s suffering trumps someone else’s.

It’s true all ways. You have to care as much about my suffering as I do about yours.

If my suffering doesn’t matter to you, you’re just fighting for privilege.

You are currently browsing the Acid Test by Quixote weblog archives for February, 2008.