There oughta be a law

I just saw this:

The backstory is that 23andMe pioneered direct-to-consumer genetic tests starting in 2006. It asked consumers to spit in a tube and send it in, and sent back a detailed summary of their risks for common diseases like macular degeneration. But then in 2013 the U.S. Food & Drug Administration banned the test out of concern that the information wasn’t accurate.

That put a big crimp in 23andMe’s business, but it didn’t end it. As Forbes points out, the real business here is mining this data.
…

…23andMe’s real business isn’t selling $99 tests, but selling access to data that it has managed to crowdsource as cleverly as Facebook has gathered other personal details. To some observers, that’s pretty worrisome. In 2013, journalist Charles Seife, writing in Scientific American, called 23andMe intentions “terrifying.”

As the FDA frets about the accuracy of 23andMe’s tests, it is missing their true function, and consequently the agency has no clue about the real dangers they pose. The Personal Genome Service isn’t primarily intended to be a medical device. It is a mechanism meant to be a front end for a massive information-gathering operation against an unwitting public.

Seife’s worry is that the consents customers agree to when they donate their DNA could turn out to be meaningless. Once you are hooked, companies like Google and Facebook often change their privacy policies to expose more and more of your data. Why should DNA be any different?…

According to the Fox Foundation, 23andMe actually gave its testing service away to Parkinson’s patients. That helped it assemble enough of them to create a useful resource it could sell to Genentech to start mining.

If we had a government, there’d be a law against selling people this way.

As things are, I’m betting the high and mighty in DC are fine with it so long as they get their cut of the data. As things are, we’re going to find out one day our own souls got sold to the company store, and the sign for refunds leads to nothing but a phone tree.

I’ll come out with it: I’ve written a bunch of books. Most are just straightforward feel-good stories. (I like feeling good.) One is about how to govern so it interferes with feeling good as little as possible.

Besides not being a spy, I’m also allergic to salesmanship. So all I do with my stuff is post it on my website, and throw it on Amazon and the Nook where they make me charge a dollar. A little independent isn’t allowed to post free books. (Yes, I know about Smashwords. I have conscientious objections to the Terms of Service. And, yes, I have COs to Amazon’s TOS too, but I’m only pure mostly. Being really pure is too much work.) In case you’re wondering why the Nook, it’s because when I started doing this, that was a thing. That gives you some idea how much time has gone by. So I’m thinking of putting my books on a few more sites — Kobobooks sounds like a good one — and today I heard about Oyster.

Oyster seems like an interesting idea. You pay a subscription of $10/month and can read as many books as you have time for. A visit to the web site gives you about five ways to reach the “Join” page and no links to any actual information. Did I mention that I hate pushy selling? So I didn’t like being pushed to join and went searching for more information. Wikipedia pointed to an article in the NYTimes. There, as with every new thing in recent times on the web, it turns out that yes, this is just one more business looking to turn users into gold.

(I find myself agreeing more and more with Maciej Cegłowski and wishing that I still saw new technology with wonder instead of an automatic feeling of dread.)

But what astonished me was this:

“What writer would pass up the opportunity to peer into the reader’s mind?”

Well, I would. I’d feel revolted. Just as I would if I caught an author peering over my shoulder, saying,

Sometimes I feel like the only one left who feels put off at the thought of going around and sniffing people’s underwear.

Stop the world. I want to get off.

And, no, I won’t even try to publish anything on Oyster.

Print This Post
posted in personal, selling, Thinking out loud

There’s a multi-bazillion industry devoted to making me buy things. They have followed me through all of my days and tracked my every thought. 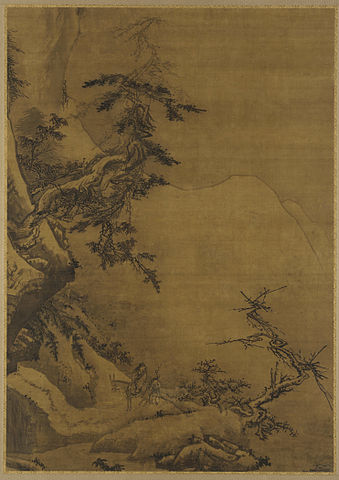 So you’d think they’d know I’m in the market for a vacuum cleaner, right?

I haven’t bought one in dog’s years. I don’t read articles about vacuums for fun. All they know about is the last thing I searched for, not what I need.

Well, I’m not a total newbie. I’ve been around computers since the days of punch cards. I’ve heard of Google. All I have to do is search, right? I want a machine in the neighborhood of $200, outrageously good at picking up pet hair, good at corners, and that doesn’t spew the dust right back out.

The search understands I want a vacuum cleaner, but that’s as far as it goes. To get what I want, I can spend hours — nay, days — of my life plowing through useless store websites full of obnoxiously happy beautiful people who find everything with one push of a button. Or I can dig through pages of search results, trying to find reviews that aren’t ads in disguise.

I am not a patient person. The first time, I put off the purchase after an hour or so. The second time it might have been two hours. Then I gave up for a couple of years. That’s what happens when there’s a massive selling industry in my face with everything I don’t want. You’d think they’d have an easier time hitting a great big bullseye like a customer looking to buy a product. By the time I finally bought a vacuum cleaner, they could have sold me a second one if the hucksters who’ve taken over the web instead made it easy for me to find what I want.

You are currently browsing the archives for the selling category.