Science of Aliens exhibit in London! (I am so-o jealous)

This is my favorite subject. Why aren’t I in London? Why?

The exhibit will run for four months, and then “travel,” says the BBC. But where? They don’t say. Here? Huh? Huh? In the meantime, those of us who don’t live in the center of the universe have to make do with pictures. 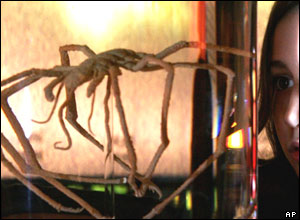 (This dreadful-looking thing is actually rather graceful when alive. It’s a pycnogonid, probably from the deep sea since those are the only ones to reach large size. The abdomen extends into the legs, allowing the whole body to be thin and spindly enough for a supermodel. Digestion is downright alien: Food is partly externally digested, the particles are sucked in, and cells lining the midgut absorb the particles. So far, that’s reasonably normal, but once the cells are full, they detach and wander around in the haemolymph of the animal, bringing the actual food to other cells by special delivery. 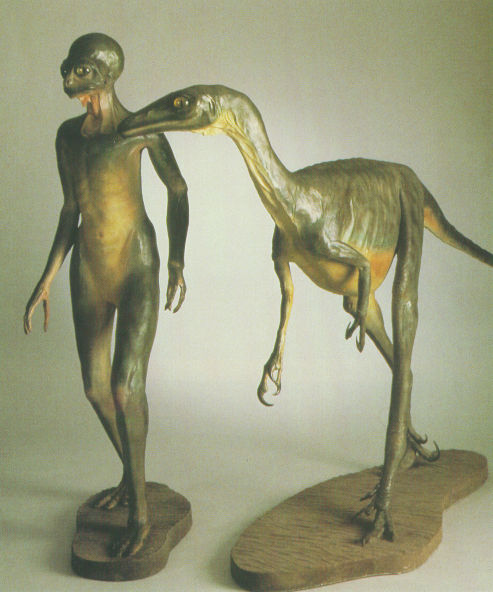 One of my favorite scientific aliens. An extrapolation of what a sapient dinosaur-evolved being would probably look like, with its animal relative, one of the Velociraptor group.

My personal all-time favorite, which isn’t too surprising since (full disclosure) I discovered them. Link to their story.