Next: Life on Mars?

It sure looks like NASA photos show liquid water currently present on Mars. Now. Not a few hundred billion years ago. 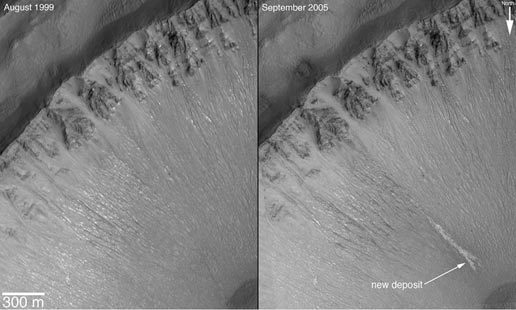 (Caption: New Gully Deposit in a Crater in the Centauri Montes Region.) If that’s not a frozen water seep, I’ll eat my hat. 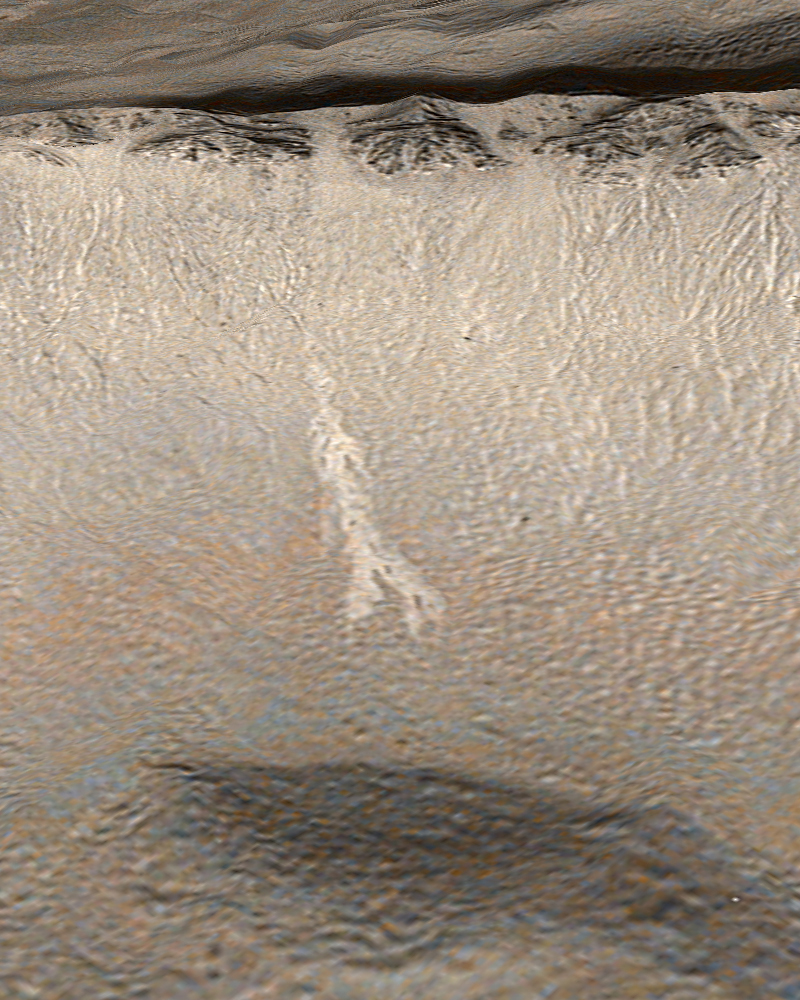 The implications are vast. So far, we’ve found life everywhere on Earth that has even the occasional molecule of liquid water. Maybe that’s just Earth. But if it’s something that happens whenever there’s liquid water, the implications for finding life in the rest of the universe are huge. And the news of water now on Mars means we can actually find out which of the two possibilities it is. Is it just Earth? Or does life just happen?

I can’t imagine a more important question. Memo to NASA, ESA, Japan, EVERYBODY, go, now, to Mars and find out!

If we do find life on Mars, there’s another fork to the fascination. If Mars life is very different from ours, it’ll give us some idea of what we can expect as far as variation in life in the universe goes. If it’s very similar, then it’s even more of a puzzle. Did Mars life come from Earth? Vice versa? Did both come from some third place? And if so, is it within or outside our solar system? Or is it, perhaps, just the most common way for life to evolve, and is Earth-like life what we’ll find out among the stars?