WisCon is billed as “the world’s leading feminist science fiction convention.” “That’s easy,” you might be saying. “It’s the world’s only feminist sf con.” But you’d be wrong. There are others and this one is the biggest. I have to admit, I went to it for the first time with some trepidation. You never know, when there’s an angle, whether you aren’t going to be dropped down in the middle of a bunch of serious people looking at it from all sides. I mean, sf cons are about running around shouting in Klingon, not, um, well, discussing whether the correct term is womanist or feminist.

It turned out I had nothing to fear but fear itself. Except for the 2002 WorldCon in San Jose, which had unforgettable happenings like Terry Pratchett making up stories on the fly, WisCon was just about the best convention I’ve ever been to. 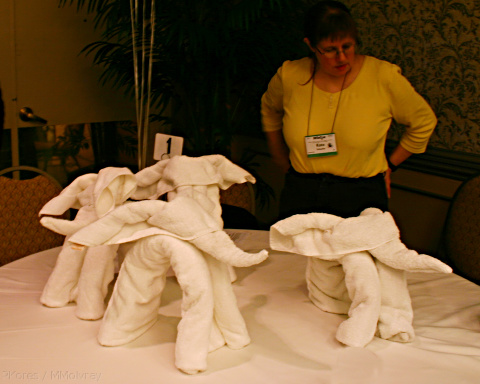 There was also a table where you could learn how to concoct your own Sri Lankan curry powder from roasted spices. Mary Ann Mohanraj had done several hours of work, roasting cumin, fenugreek, chili, cloves, and about ten other ingredients. We measured out the amounts she indicated, with variations based on what individual people said they liked, and she ground them up in a little Krups coffee grinder so we could take our own special curry powder home with us. I was too busy sniffing the out-of-this-world aromas to remember to take a picture.

While organic beings did their organic thing, the machine intelligences congregated in a room of their own and talked to each other.

(Actually, we had a lot of trouble getting the mesh networks to do the work part!)

Sunday, May 25th, during the con, was also when the Phoenix Mars Lander was due to touch down. Does it get better than a spacecraft landing on another planet in the middle of a science fiction convention? No, it does not. The geekier set clustered around a laptop tuned to NASA TV and watched a bunch of ecstatic scientists jump up and down with each bit of news about how well things were going. You could hear us yelling, too, from as far away as the hotel’s elevators. (Vulcan seemed more appropriate for the occasion than Klingon. Nobody shouted in Klingon.)

It wasn’t all fun and games. A visitor dropped in, asking to be taken to our leader. Unfortunately, there was a rather sticky diplomatic moment — note the expression of suppressed annoyance and incredulousness with the eyes bugging out — when we said we couldn’t. We currently don’t have one. 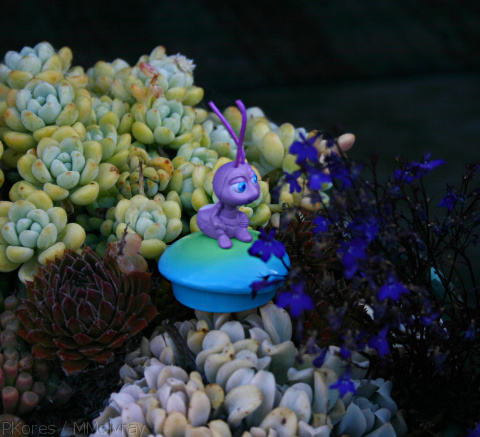 But the strangest, the most memorable, the most not-of-this-world thing that happened was meeting some of the other human beings there. Not so much the women who, though memorable, weren’t strange. I’ve been lucky in having met plenty of women who know their own minds and how to enjoy life. But WisCon is the only large gathering I’ve ever seen that had a large number of men in it, and they were just . . . I’m not even sure how to describe it . . . . Normal. Not one-upping, not worrying about bits falling off, not assuming that they’re the center of the universe. And not bothered by it. That really did feel like the future. Sign me up.