Mt. Wilson and the fire

The last couple of weeks, the world in all of Greater Los Angeles has looked like this: 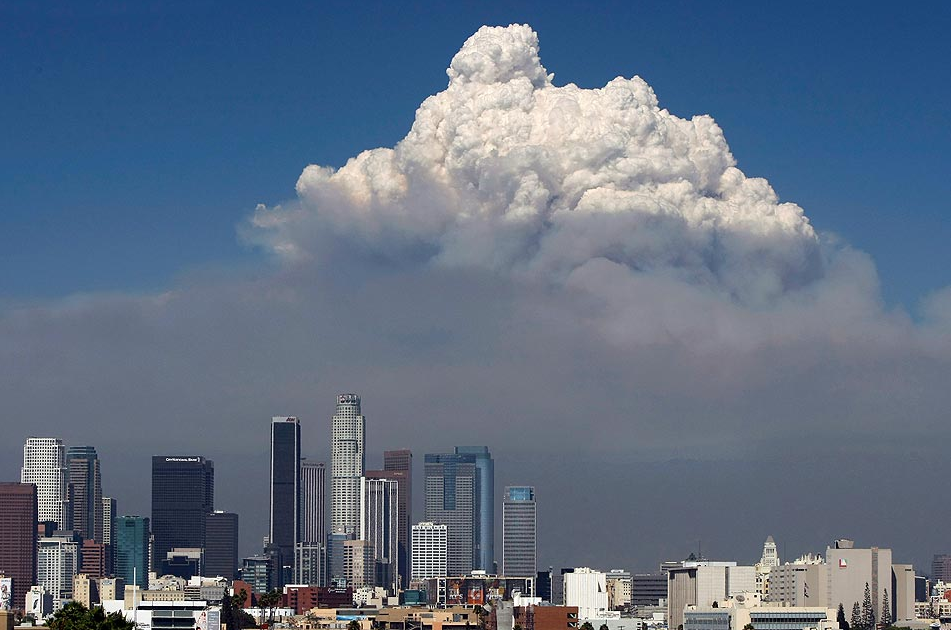 I’m 70 miles further west. The skyscrapers would be too small to see (and they’d be hidden behind the curve of the Earth) but the cloud looked much the same. That’s how huge it was. (There are many more amazing fire pictures at the LATimes site, besides the one by Dan Bartletti above.)

Three weeks earlier, I’d been up in the mountains that are now black stumps and grey ash, visiting Mt. Wilson. This was the view from the place that was going to be in the bullseye under that cloud. 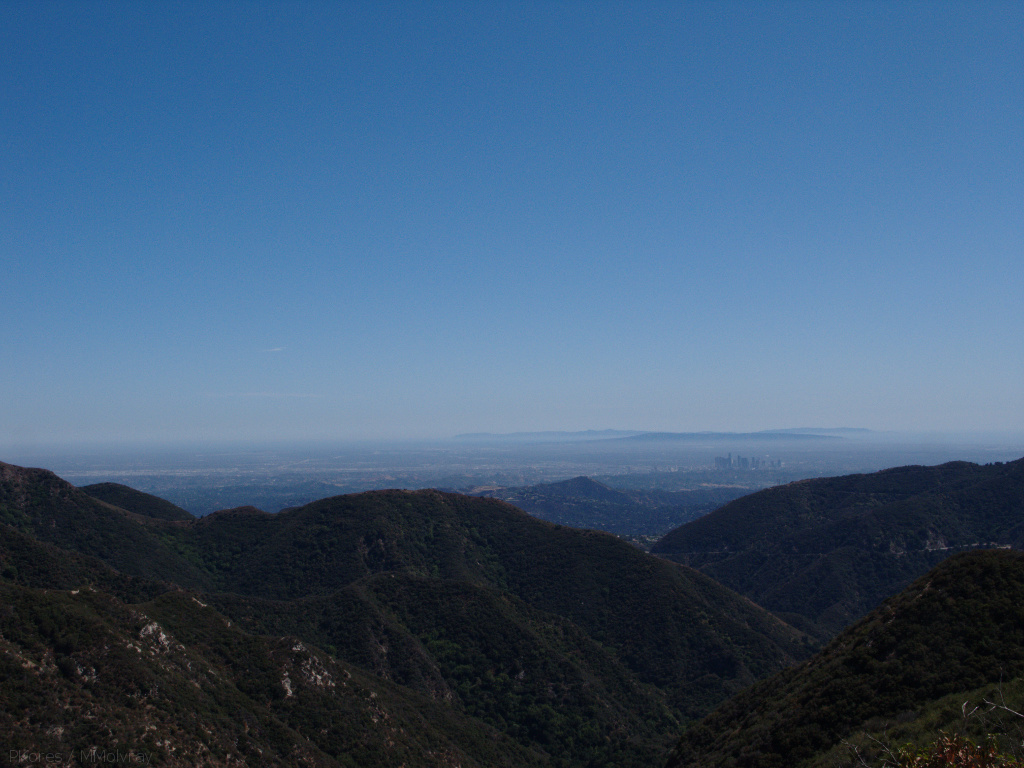 I’d gone up to visit the Hale telescope. There aren’t enough superlatives in the language for the Mt. Wilson telescopes. It was where people first discovered that our galaxy isn’t all there is, that some of those fuzzy blobs are other galaxies just like ours. The universe suddenly went from being unimaginably large to being trillions of times more unimaginably large. It was where people found out that the universe isn’t just sitting there, that it’s expanding at vast speeds. It was where, together with the Lick Observatory, they first measured the speed of light. It was where the sun’s magnetic field was first discovered. The list goes on and on and on. Now it has one of the premier interferometry facilities and an important solar telescope (which has the towercam providing views of the whole area).

There are much better pictures at the Mt. Wilson web site, but this is mine of the fabled 100-inch scope. It was so far out at the limits of the technology available in the first decade of the 1900s that it took three tries before they managed to make the mirror, and Edwin Hale had a nervous breakdown because of all the delays. 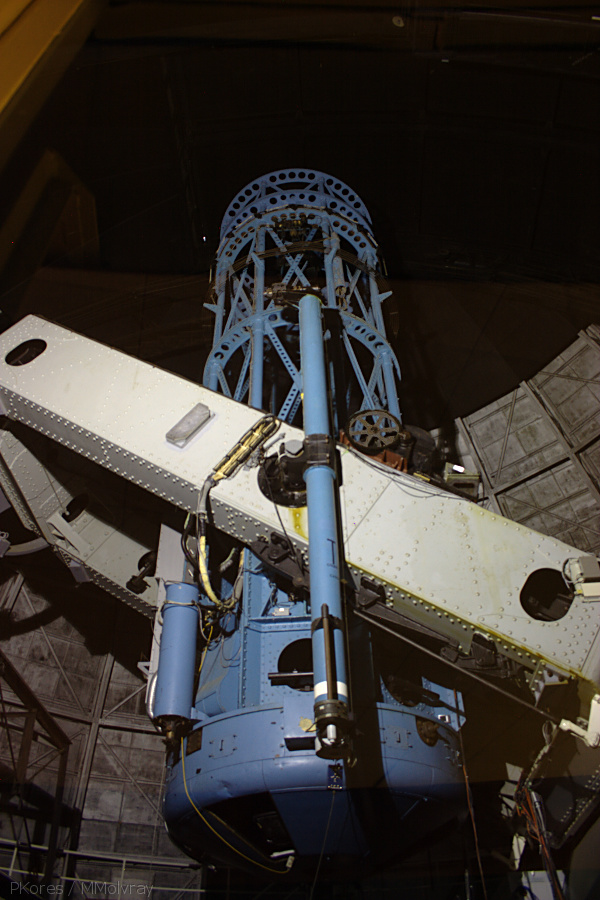 When the fire came, the authorities pulled out everything they had to save the mountain top, but the news barely reported on the massively significant observatory. The big concern seemed to be the TV antennas propagating dreck from the center of the TV universe. 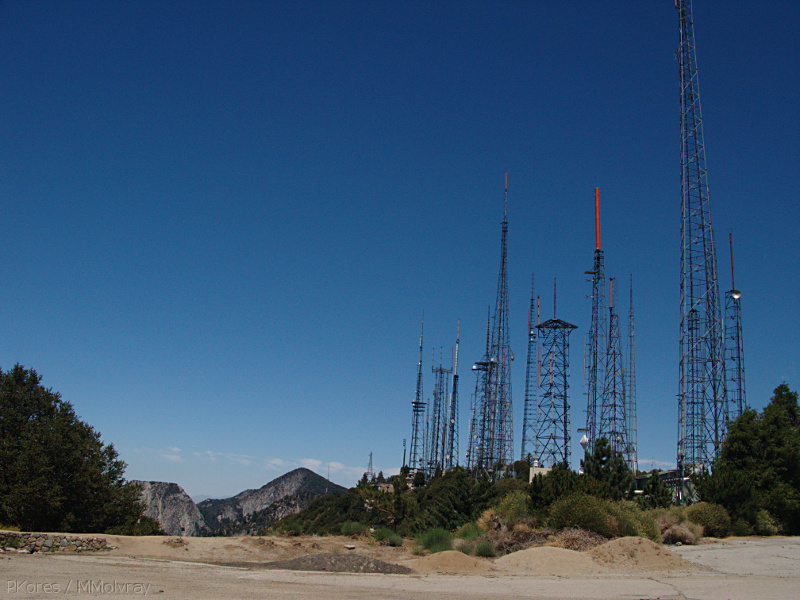 The brave, sweaty, sleepless, Olympic-athlete firefighters saved the whole place. A few of the Helena Hotshots, from a photo by Mt. Wilson’s David Jurasevich.

When I went in early August, I also wanted to see what was out during our biological equivalent of winter. It’s so dry at this point that most plants have pretty much shut down. But not all of them.

A blazing star doing its thing. 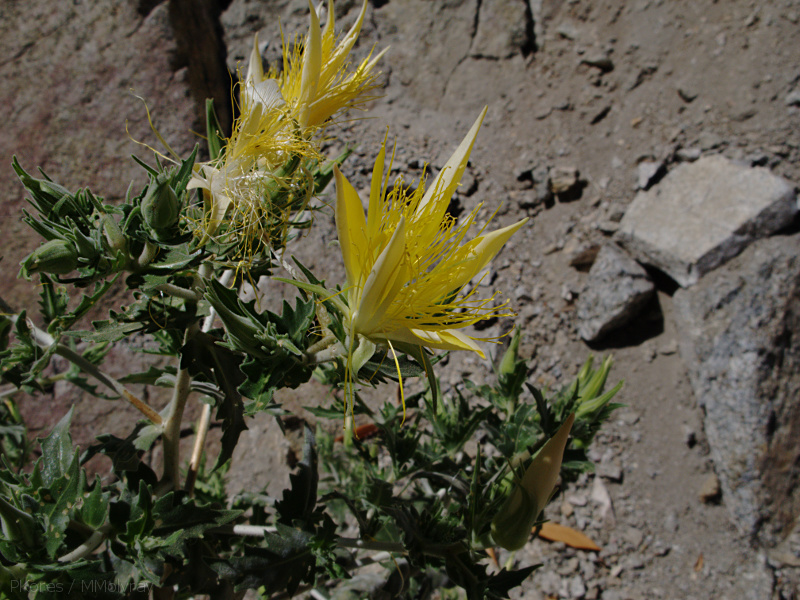 A bumblebee robbing nectar from one of the few types of hummingbird flowers that’s still out. 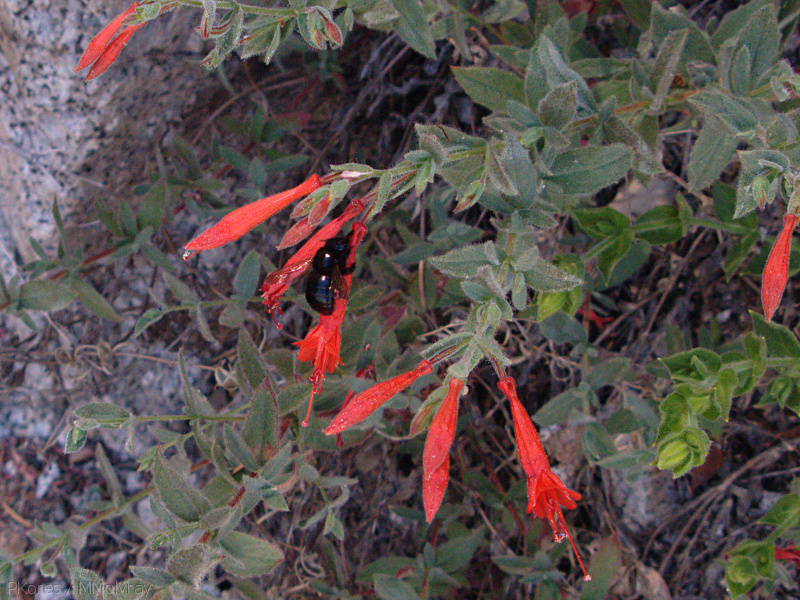 The interesting thing about chaparral fires is that they jump around. That’s bad because they can really spread. But it’s good because it means many pockets of unburned areas remain. Those very plants, for all I know, are still there, and still being visited by thuggish bumblebees. It’ll be a long time before I can find out because the Angeles Crest Highway is closed indefinitely.

But here’s a couple of Susan McAlister’s photos showing how it looks now.