The Not-so-hot Knobs of Wall Street

The story so far: Some idiot decides to photograph attractive women demonstrating in Occupy Everywhere events. They probably think they’re part of a narrative on all the great ideas happening in the movement.

What he publishes on youtube is something he calls “Hot Chicks of Wall Street.”

Okay. So far it’s just a bog-standard sad tale of a male who says he has no idea how revolting he is. Jill wrote about it. Now comes the bad part.

Does everyone in Occupy Wall Street rise up to say That Is Not Cool? To say that the knob is no longer welcome in any part of the movement? To ask everyone in it not to give the tripe any air? To affirm that women and men are partners in the movement, not decorations rated on fuckability?

Instead there are complaints about how it’s not an official video from the officially official representatives of OccupyWallStreet so it doesn’t count. (E.g. comments here.) It’s just some lone jerk. He’s no part of the “brand.”

Really? Here’s MarketWatch, not a site otherwise much concerned with OWS. This, however, did catch their eye. (click to enlarge) 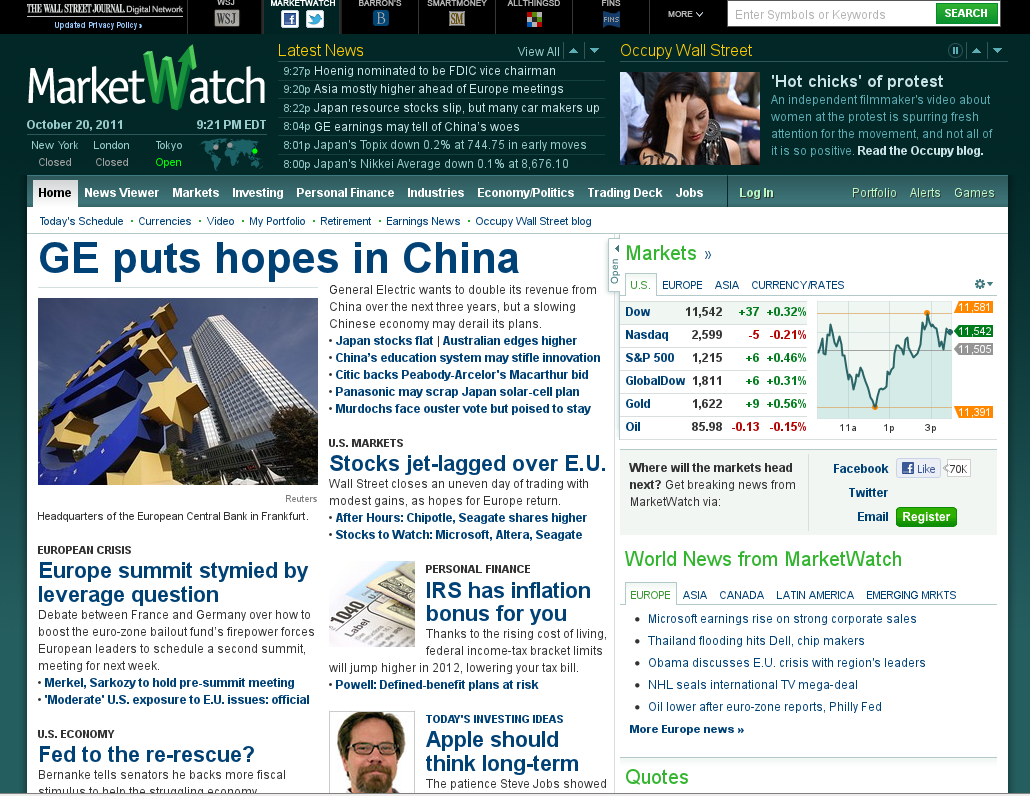 You know what? OWS didn’t officially kick him out. And don’t tell me, “It’s leaderless. There are no officials.” If the video doesn’t count because it’s not official, then there’s somebody who could officially repudiate it. You can’t have it both ways. Now the knob’s work is the mainstream face of OWS. Deal with it.

Furthermore, the knob is getting plenty of air. So much so that Jill had to write a follow-up post about his rape jokes.

Did OWS shut down the jerks whining about how this is nothing but healthy men liking healthy sex and you just have no sense of fun?

They could have pointed out that women like sex too. That doesn’t mean everyone has to listen to endless talk on the size of men’s packages. You keep that stuff to yourself, and to your partner(s). And if you’re a rude jerk to the 99% — any of the 99% — they could have said they don’t want you in the movement.

Then it gets steeply worse. There have been reports of rapes. Did OWS affirm strong support for the women in their ranks, and provide what they could in the way of medical, legal, and police resources?

One group said such reports should go through an OWS committee of some kind, which would vet it for report-worthiness. If they passed it, then it was okay to go to the police.

Uh, hello? Earth calling Dude Nation. Those are the tactics of KBR. They were the military contractors in Iraq who imprisoned a worker after she’d been gang-raped to prevent her from talking about the crime. OWS isn’t imprisoning anyone, but they do seem more worried about reporting than they are about the crime. The tactics differ in degree, not in kind. That is wrong.

Apparently, the official officials at OWS don’t know that. Apparently, they can’t figure out that the way to have enough credibility to fight false accusations of rape is to take the crime seriously. Because I suspect that’s the real issue. They’re terrified of fabricated charges being used to discredit the whole movement.

So they’ve decided to beat everyone else to the punch and discredit the whole movement themselves.

Where is the outrage shutting them down?