The anti-SOPA blackout that was

Almost more interesting than who participated was to see which sites mealy-mouthed their way around it. (Yes, Mr. Twitter, I’m looking at you.)

Big thanks to Wikipedia and Reddit for leading the charge.

Of course, Congress has only put the crap in a drawer for a while, and plans to bring it out again for their paymasters as soon as they think they can get away with it. Joe Brockmeier says the real message should be that we need more and more consistent awareness of what Congress is up to. I say that they make it much too difficult on purpose. They don’t want oversight. It just gets in the way.

Do I have any bright ideas on tactics? Of course not. I’m terrible at tactics. But we need something that hits the four large music producers, five Hollywood studios, four multinational record labels, six global publishers, and their henchmen in Congress where it hurts.

A selection of screenshots from the day: 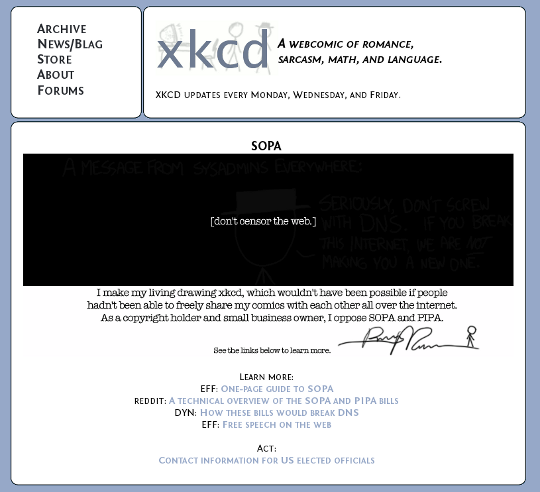 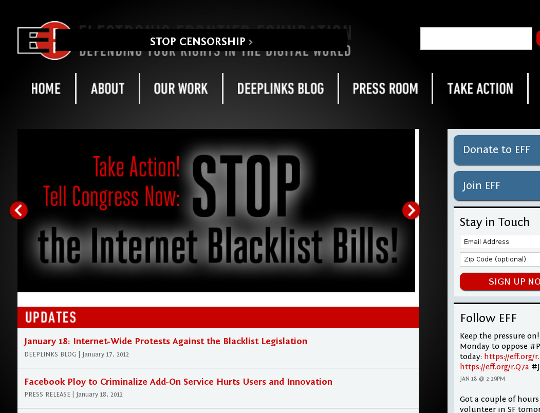 Updated to add: Doc Searls, of course! How could I forget. With a mine of good links. 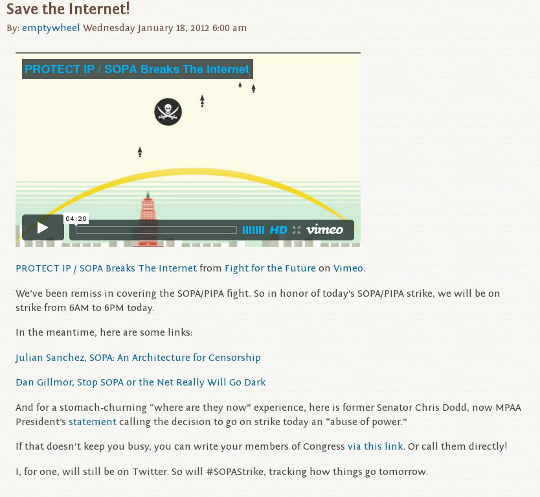 Acid Test and my other site, Re-imagining Democracy 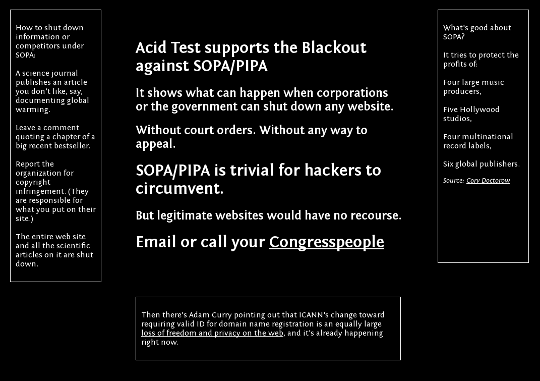 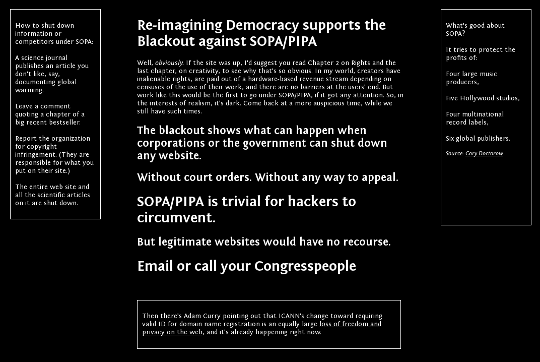 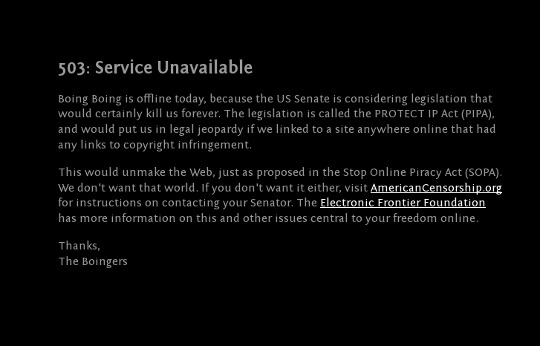 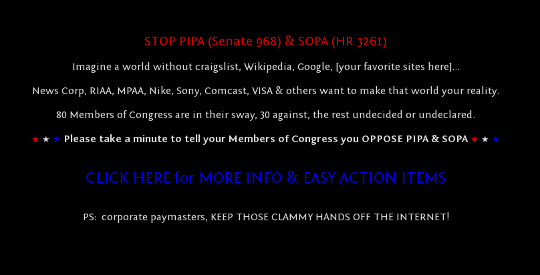 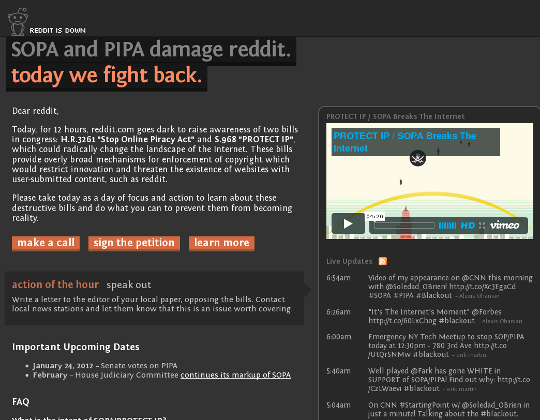 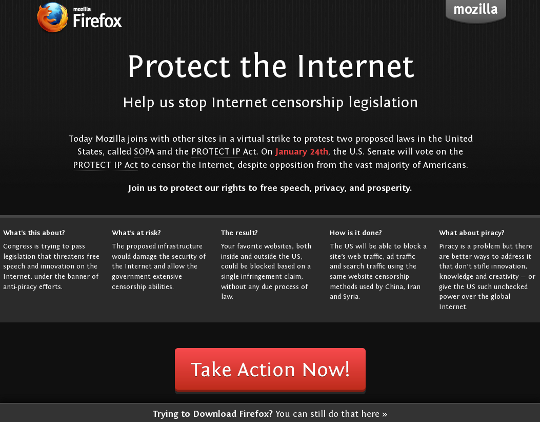 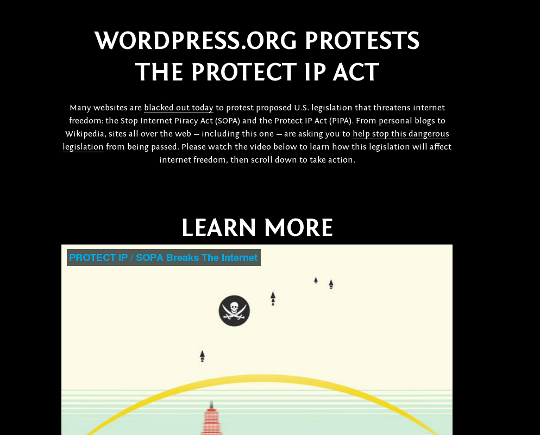 and, of course, Wikipedia 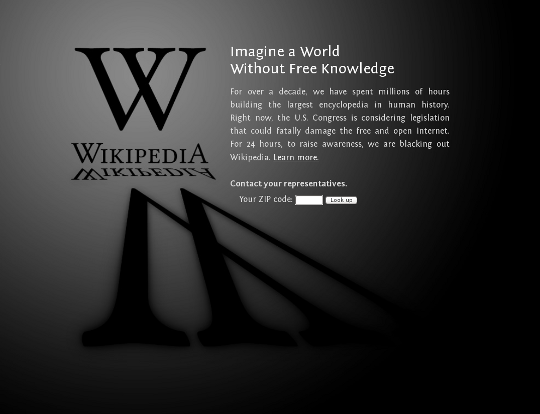 And then, the 800 pound gorilla who, as usual, did not follow their own fine talk.

The GOOG. Not dark. Just covering up their name which everyone knows. Even though they’d be the biggest to suffer under that stupid bill. 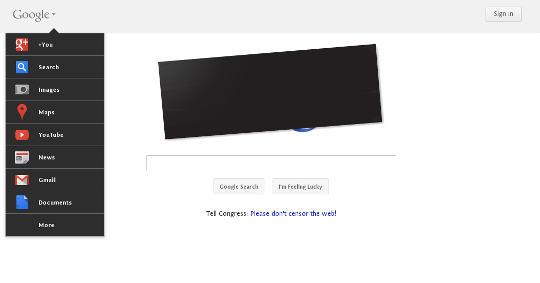