From pet rocks to key

Now they figure this out? Now, when it’s too late? After years of putting women on a par with rocks — in a purely egalitarian sense, of course. Not like the Taliban.

Some rights are more important than others

The European Court of Human Rights has been reading my blog! Or, perhaps, it’s an obvious idea if you think about it for even a minute, but that’s a much less fun hypothesis. I’ve been saying forever that some rights have to take precedence. (Most recently here, also here, etc., etc.)

[C]opyright monopoly as such – which is ordinary law in European states – was just defined as taking a back seat to the constitutional right to share and seek culture and knowledge, as defined in the European Convention on Human Rights.

It’s about time. We’re getting too damn close to that scenario I saw on Vimeo.

War is Peace. Murder is Good.

It’s not war if no Americans are killed.

Americans may be killed at will because it’s all self-defense. There’s a war on, you know.

Only a handful of decades have passed since the soaring words of the Geneva Convention. The US was pleased to think it was leading that charge at the time.

But it’s all over now, Baby Blue. 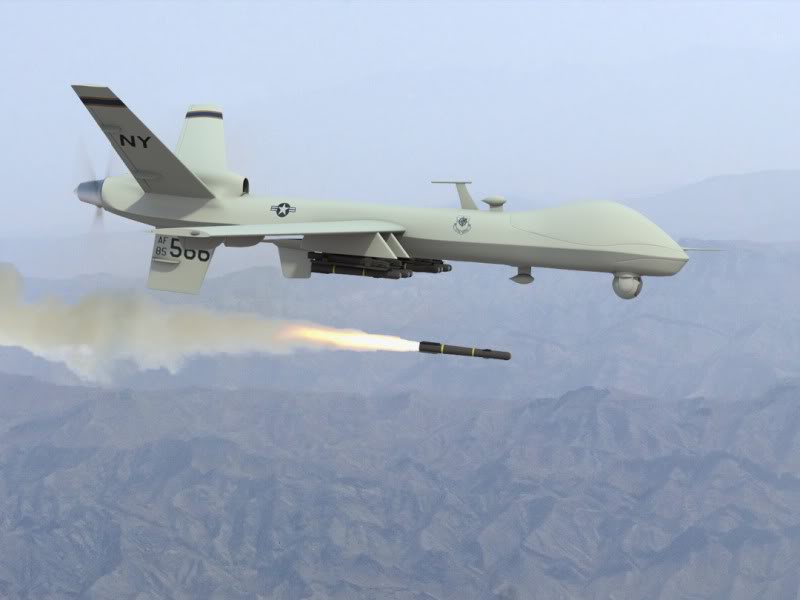 The frankenfood alarmists were right — again

The treehuggers turn out to be right about GMO foods, and the respectable scientists in the white lab coats were wrong.

The scientists assumed that the viruses ferrying the DNA-of-interest into cells were just doing what they were told and disappearing afterward.

Nope. What’s worse, you know how it goes when you start with the wrong assumption. You never get the right answer. Garbage In, Garbage Out.

They knew that some bits stayed behind, but according to what they knew at the time, they assumed those bits couldn’t do anything. The tools to make a coherent study of proteins inside cells are very recent and still very much in the process of development. Nor was it feasible to study the whole genome in a reasonable amount of time and hunt at random for virus particles left behind.

Well, now it is. After the study indicating rats developed tumors more frequently when on a diet of certain GMOs (abstract, article pdf, response to criticisms pdf), the European Food Safety Authority had a closer look at company data.

What they found (pdf of whole article) is that in addition to the expected viral particles, there was also some activity coming from viral genes. (For a bit more discussion on that, there are some notes at the end.)

So far, the only thing the EFSA study showed is that the viral genes can be active in the genetically modified plant, where they’ve been directly introduced. There the unwanted viral activity makes the plant sick, i.e. yellow or wilted or the like. That’s a long, long, long way from making humans sick.

But it was supposed to be impossible. Instead, it’s happening. It was also supposed to be impossbile for viral particles to survive digestion. But people vary, and the health of their digestions varies. If one impossible thing — presence of active virus in plant hosts — is happening, then the next supposedly impossible thing might also happen: genetically modified DNA might retain unwanted effects all the way to the human consumer. The assumption of safety has been shot to pieces. It’s time (well, way past time) to use the most sensitive protein studying tools we have to understand what’s really going on in transgenic foods and in the people eating them.

Unexpectedly active bits of viral DNA can make cellular processes produce random proteins or bad proteins or dysfunctional ones. That’s the sort of thing cancer cells do. Alzheimers is the result of too much protein of the wrong sort in brain cells. There’s a whole string of nasty diseases whose cause is DNA gone bad.

The only rational alternative now is to stop selling genetically modified food until we know what we’re doing. But so far nobody has done that. Far from stopping production, we’re not even to know which foods could contain these viral fragments. EFSA’s report was released just after the referendum in California which would have required, at least, labelling of GM food. That lost by 2.8%, 6,088,714 to 6,442,371 votes, after a massive industry-funded camplaign against it.

So, here we are. We’ve known since the beginning that GM foods in practice, through never in industry PR, allow poor farming practices and therefore damage the environment and human nutrition and possibly cause unwanted immune responses. That’s bad, but it’s the slow, steady sort of bad that’s not frightening enough. Recently it’s become clearer that patentability, the new power to own life itself, is a toxic corruption all by itself. And now we find out that, yes, the weird mutant DNA in the weird mutant organisms is catching, just as the treehuggers had feared. It won’t make us glow in the dark, but it can do something much worse. It can make us sick to death. 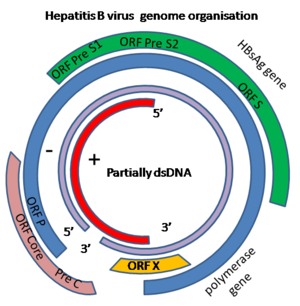 If you’re wondering how the scientists could possibly stick in a bit of DNA and not know what it did, then consider that viruses have a unique trick. Depending where they start reading a given stretch of DNA, it can code for different functions. In the diagram at right, the different colored concentric genes map onto one ring of DNA, or RNA in some other viruses. The only difference is where the transcription starts. In the frankenfood case here, the viral gene the scientists wanted overlaps with a different viral gene that has multiple functions, including triggering host DNA into action. They only now realized that the “hitchhiking” viral gene in that overlap could be active. (Diagram from fullwiki.org.)

It’s important to remember that when you eat genetically modified food, it’s digested just like any other food. Under normal circumstances, the DNA is chopped into tiny bits that are no longer DNA, whether animal or vegetable or viral. So no matter how weird or mutant that DNA is, the DNA itself can do nothing to you. But under abnormal circumstances — for instance, if you have intestinal microbleeds due to flu — larger particles can get into the bloodstream. If a viral particle makes it all the way to a cell, it can start doing its job which is to make host DNA behave badly. Those are very rare events, but rare is not the same as impossible.

Tangentially, there’s a theme in some comments that there’s nothing new here. We’ve always known there are viral bits left behind and that the only real question is why they weren’t tested for safety right from the start. But there is something new. What’s new is the proof that the viral particles are active. The earlier assumption of inactivity was garbage, but it was a very strong assumption garbage so it wasn’t examined. Plus, the molecular tools to examine it weren’t even available early on, and later on there was a whole industry already dependent on not examining it. “It is difficult to get [people] to understand something, when [their] salary depends upon not understanding it.”

The take-home message for me is that complete openness of all data has to be a requirement for all industries. The consumers’ right to know has to be as absolute as free market theory thinks it is. Hiding behind trade secrets has got to stop. If outsiders had been able to see what was going on, even weak regulators would have had to take action years ago. That way you don’t stifle all innovation, but you retain the power to shut it down when it starts looking like a bad idea.

Update May 14, 2014: Lone biologist wants to add another “See? So there.” Warning signs keep trickling in. Here, a BBC report about the “collateral damage” from higher glyphosate and pesticide use. There are all the obligatory sentences about tested and safe and that the evidence (so far) to the contrary has poor methodology. Has there even been an independent study of glyphosate toxicity that went on longer than six months and included all humans, not just robust adult non-pregnant ones? There’s a fairly large methodological deficiency there.

You are currently browsing the Acid Test by Quixote weblog archives for February, 2013.