Acid Test
Acid Test
Previous post: « The weirdness of the footwashing Pope
Next post: You are for sale (and that’s okay?) »
posted in religion

Atheists know all about God

So where (in god’s name?) does someone like Dennett get off saying religion is a common cold that needs a cure? He also says it’s an addiction that needs a cure. He should make up his mind. The two are very different.

Dennett is new to me. The loudest exponent of the Church Militant of Atheism has been Dawkins, who’s recently been showing his arrogance in new ways. I’m always struck that he honestly does not seem to get the irony of telling people they’re wrong about an unprovable subject because he’s right.

They’d be on much stronger ground if they stuck to the subject. You can tell people to keep their beliefs to themselves. You can tell them what they can and can’t do to others. That’s called civil society and a legal system. God is no excuse for killing people over cartoons, for caging women, for destroying the planet because Judgment Day will be along any minute. 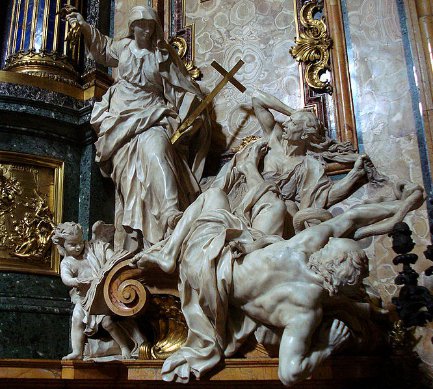