About that lack of little green aliens 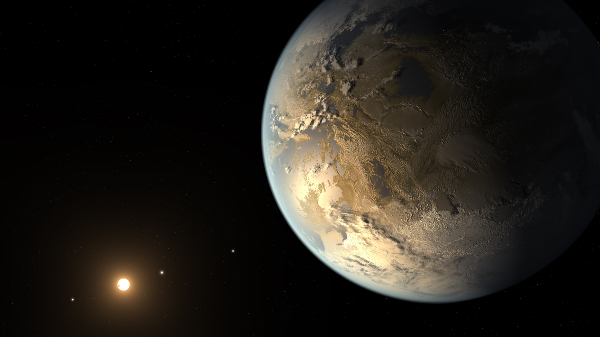 The Drake Equation (written out at the end of the post) was invented as a way to think about the probability of meeting aliens as we go about our business. One big factor is of course how many habitable planets there are to begin with. If we refuse to assume we’re special, hundreds of civilizations per galaxy looks like a rather conservative guess, given how many billions of stars there are to work with. But that dumps us straight into the next question.

If there are so many, why haven’t we seen any evidence of aliens? No antimatter-powered spaceship engines like strobes among the stars, no SETI signals, no weird laser bursts, nothing. (UFO sightings seem a bit too private to count as interstellar events.) The assumption is that there’s a Great Filter: something reduces the number of communicative aliens.

In the good old days, people assumed the “something” was that good planets are hard to find. But this is where the recent data on planets is disturbing. Possibly even deeply disturbing.

We’ve had the necessary equipment to look for exoplanets only for a couple of decades and yet we’ve already found hundreds of them, including a few rocky ones orbiting in the habitable zone of their stars. That’s just in our little neighborhood. Data from biochemistry indicates that life arises spontaneously under the right chemical conditions, which are probably fairly common since carbon, hydrogen, oxygen, nitrogen, phosphorus, sulfur, magnesium, iron, and some trace elements are quite common. Data from biology indicates that cells arise spontaneously, and so does multicellularity. So the only step for which we have a sample size of one, is how often do those multicellular organisms develop technological civilizations? The answer for that step, like the others, could well be “all the time.”

If so, the Great Filter is not at the front end. It’s at this end. Our end. The technological civilizations must have short lifespans.

And it’s not really that hard to see why, if they’re anything like us. But it may go beyond merely killing each other with pollution or wars. It may go to the relationship between technological capabilities and fundamental concepts of social organization. That’s something I’ve wondered about in my work on government.

Technology hugely increases the available physical power in a society, and that also increases social power. Holding all that at our fingertips, as it were, means that every action is also hugely magnified. … Enough of it, used badly, can destroy the society that couldn’t figure out how to control the power of the people using it.

That is not hyperbole. It might seem like it because modern technological societies are only at the very earliest stages of being able to destroy the planet. … A big nuclear war could have done it. Global warming could do it. In a far future when everyone has personal spaceships, an evil mastermind could orbit a light-bending device between us and the Sun which would shade the whole Earth to death before the machine could be found and destroyed. There isn’t just one way to destroy a highly technological society, and the more advanced it is, the more ways there are. Bad governments can do it. All the people together can do it with tiny actions that add up. Mad individuals can do it with sabotage. There are so many ways that it is literally only a matter of time. The more technologically advanced the society, the more essential limits to power are for its very survival.

The growing desire to limit power and decrease inequality could be more than the resentment of the have-nots, more than cute idealism from those who don’t yet need to get a job, more than some pie-in-the-sky luxury we can’t do right now. The grassroots Occupy movement and the great big oaks like Piketty may be feeling the same reality. We must have an equitable society to survive. It is not optional.

That immense silence between the stars may be a communication after all. It may be the universe telling us to shape up or die.