Acid Test
Acid Test
Previous post: « What if everything is not bleak?
Next post: If sexism happens and nobody mentions it, did it hurt? »
posted in politics

Only fools and Democrats

So here we are. The Democrats have a once-in-a-hundred years candidate, a genius at issues and policies and details, good at running things, proven ability to negotiate with anybody and often get the outcome she wants, a decades-long history of public service in the face of nearly no thanks.

The Republicans have handed them a gift of testerical, fatuous, fanatical candidates who even Karl Rove couldn’t spin into something electable. 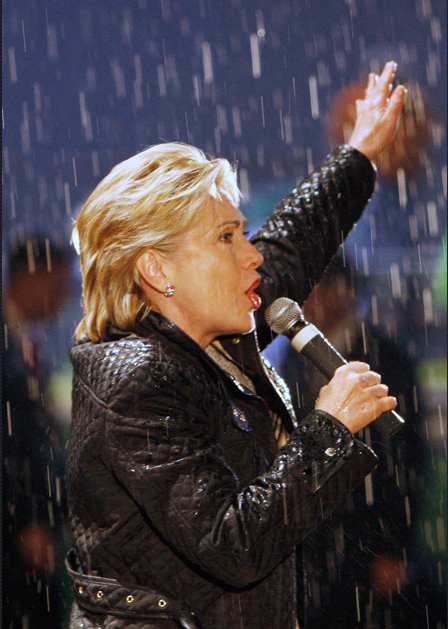 The Democrats can’t believe their luck, loudly and gleefully gloat about their candidate, and coast to victory waving red white and blue bunting.

They start tearing Clinton down. She outclasses any candidate they’ve had since just about FDR, but she takes money! From big business! Oh my God. Whoever heard of such a thing?

Has it affected her votes or her policies particularly? Is there any evidence she’s behaving like some bought and paid for politician? No. There isn’t. On the contrary. She’s been consistently on the side of the small folk through her whole career. If you look you can find a list even longer than this: CHIP health insurance for children, national immunization programs, cancer screening and making it covered under Medicare, investigation of Gulf War syndrome, pushed for attention to violence against women at the Department of Justice, worked to make adoption a less hit or miss thing, worked to help teenagers in foster care transition out of it. She hasn’t been as selfless as Bishop Tutu or Mother Teresa, but well up in the top ten percent of US polititicans. Above 90% is usually a grade of “A.” Is an A good enough for the Dems? Absolutely not. She’s not Bishop Tutu so she’s a corporate shill.

They ignore and tear down her international accomplishments. She helped end the Irish troubles. (But she didn’t do it singlehandedly! She shouldn’t get any credit for her work.) She laid the groundwork for the end of sanctions against Iran. (At the time, it was said she’d share in the blame if it all went wrong. Now the shout is she didn’t do it totally alone! She deserves no credit!). She worked hard to make visible and to halt current slavery. (But those are mostly women. Or even stupid girls! Didn’t she have any real problems to worry about?) She argued for intervention in Libya to prevent a longer war that would have cost more lives. That worked, but without resources for nation-building, they descended into a long war anyway. [Link added 2016-04-11] Obviously that’s her fault. She should be all-powerful and provide world peace. She’s failed. She’s a warmonger.

The amount of vile lies and slander slung at her is unthinkable. For me, at least. Every time I start reading about examples of it (toward the end), my whole mind shrinks away and I find something else to look at. It’s so revolting I can’t even hear about it. She lives it. She’s lived it for decades. And in the face of that she keeps carrying on, caring about people, and participating in public service work. Pretty amazing, right? No, of course not. She’s subjecting herself to it because it’s a plot to … to what? Own the world? It hasn’t gone anywhere near that goal in 25 years, but this supernaturally intelligent conniving witch keeps at it, cracking her knuckles perhaps, because it’ll pay off any minute now.

Or, maybe, she actually gets some satisfaction from helping people. She has actually done that. Maybe she notices even when the screaming meemies can’t.

Now we’ve reached the point where the Democrats and the leftists and the Very Progressive Men have poisoned the thought of her so much that even if her party is forced to nominate her as their candidate, more than half her voters will be feeling put upon at having to elect such a warmongering shill.

We’re reduced to depending on the most fatuous, the most testerical of the self-serving goons on the other side to ragequit when things don’t go his way. We have to hope he splits the I’m-even-dumber-than-the-Democrats vote by running in his own I Blow My Own Trump(et) Party.

Because unlike the election that swept in FDR to rescue us from the equivalent decades of greed, there’s a big difference in the current situation. Hillary Clinton is a woman.