#MeToo and why sex is in no danger

The status quo is beginning to regroup after the initial onslaught of the #MeToo movement. Of course, it’s more effective to have women to make its case. Keeps everything polite. It’s just a bunch of women with different opinions, right?

Recently, for instance, Catherine Deneuve, who has been a movie star since the 1960s, and her co-signatories lamented the loss of sexual fun if men had to start paying attention to what women want. As Laura Kipnis points out at the end of her excellent article:

It’s the historical amnesia of the Deneuve document that’s so objectionable. To the extent that women’s bodies are still treated as public property by men, whether that means groping us or deciding what we can do with our uteruses, women do not have civic equality. To miss that point is to miss the political importance and the political lineage of #MeToo: the latest step in a centuries long political struggle for women to simply control our own bodies. …

The political requirement of the post-#MeToo moment is insisting that control of our bodies is the beginning of freedom. Not its terminus, but a starting point. Freedom needs to be more than notional, it also needs to be embodied.

Autonomy, freedom, civil rights are the substance of #MeToo.

But I wanted to address the silly end of the spectrum: the concept that somehow sex will become a robotic interaction requiring permission slips signed in triplicate.

The problem is that we (humans) don’t have a reality-based concept of what sex is.

No, really. Hear me out.

One school of thought imagines that it’s anything to do with sex organs. So, if sex organs are involved, rape and torture are somehow about sex. As if anyone spends their days dreaming about how to be brutalized. To paraphrase Kipnis a bit, “It sounds like an especially Catholic form of [sex], involving much mortification of the flesh.”

The intense stupidity of that definition has led to the recent refinement centering consent. Sex is still about using sex organs, but it has to be preceded by the people involved saying, “Oh, awright already.”

That means out-and-out crimes can’t hide behind sex, but it doesn’t solve the problem of jerks or of the social power they hold. Jill Filipovic wrote an insightful article pointing out that “sex in a misogynist world” has thousands of ways of giving women colorless unsatisfying experiences at best. They may not be assault, but they have the same philosophy: women don’t count.

#MeToo exploded at that attitude. The movement wants the end of the entire steaming pile of crap, and that’s what has some people so worried. They may not really see why sex crimes are crimes and not sex, but they’re learning to shut up about it. They’ve heard of the concept that the woman should be getting something she wants out of sex and they’re so broadminded they’re fine with that if it doesn’t require anything from them.

But the #MeToo movement is also objecting to, well, what can you call it but plain old rudeness? That lack of consideration you dump on worthless people because there’s not a damn thing they can do about it. Where will it all end? (Yes, of course those same men are quite capable of being polite to bosses and policemen, but women are so weird and mysterious, you know? They don’t understand jokes. They take offense at mistakes.) Nobody will be able to do anything and you’ll never get any sex again.

(In one limited respect it is a valid concern. We’re dealing with a scale that goes from criminal to socially unacceptable to rude. At the nether ends of the scale, the sorts of situations where exposure or job loss or jail are good consequences, due process is a real concern. Margaret Atwood was jumped on by the twitverse for having the temerity to point that out. Due process may not always entail the full nine legal yards. It might be less formal ways of verifying the truth of complaints. But whatever its precise form, the point is to avoid lumping the innocent in with the guilty. How can anybody, whose whole complaint is an inability to find justice for themselves, insist on depriving others of justice?)

So, to return to the worry that sex as we know it will vanish and nobody will ever get any again, that would be true. If sex is something to get, there’s no part of that spectrum that’s any use to the thing being got. Not the relatively less harmful end of intravaginal masturbation, and growing worse all the way down till it disappears into criminal types of getting. That’s why Rebecca Traister in her excellent article points out that consensual sex can still be bad and quotes Dusenbery saying that what’s needed is to “promote a specific vision of what sexual equality could entail.”

Well, here’s my version of that vision.

Have you ever been with a group of good friends, sharing jokes that just get funnier and funnier until you’re all helpless with laughter? Possibly the individual jokes aren’t even all that hilarious, but the mood catches everyone and gets stronger in the sharing. If you told yourself the same joke in an empty room, it might be funny but you’d barely smile.

You see where that analogy is headed. That’s how to view sex. It’s a feeling of play, and fun, and delight, and pleasure that’s gets stronger in the sharing. And it’s definitely not the same by yourself in an empty room. Sex organs help trigger the feeling, but the feeling is the point, not the organs. Just as breath and vocal cords enable laughter. The feeling of fun is the point, not vocal exercise.

Another way the analogy is useful is to demonstrate that sex is not and cannot be on any spectrum where sharing is impossible. If the boss tells a joke and everybody has to dutifully laugh, it’s not fun at all. And that’s analogous to the relatively benign, masturbatory end of the scale of unshared sex. There’s no equivalent for the tortured end because nobody ever terrorizes someone into immobility and chokes puffs of air out of them and tries to call that laughter.

Power differentials preclude sharing, and the bigger the difference the less sharing is possible.

But wait, I hear objections at the back. Men get off. They don’t care about the rest of these fancy sex feelings.

That would be like saying sneezing is the same as laughter. It is not. Laughter happens when you’re having fun. Sneezing, like orgasm without feelings, is just a reflex. It’s a release, but it’s not exactly fun. The two are not the same. One doesn’t feel like happiness. The other does.

Trying to keep humans as sex pets requires crosslinkage between dominance and sex. That may work to justify keeping human pets, but it doesn’t change the fundamental incompatibility between sharing fun and forcing submission. You can crosslink the use of sex organs and dominance all you want, it’ll never bring happiness. It’s like crosslinking a bicycle and a sledgehammer and expecting the combination to bake a cake. None of those things work together or achieve any result. It’s a fundamental error about what sex is.

The result is an irony floating on top of the cosmic waste that is patriarchy: you’ll only get the highs it promises when you ditch it.

The thing is, love and life and laughter will always pull people like the sun pulls the earth. People will always stream toward sex that feels good and away from pain and humiliation. Sex is in no danger. The patriarchy is.

We’re having a slo-mo Kristallnacht

The parallels have moved on from words to deeds.

There’s a huge difference of course. The US approach is not systematic. It’s scattershot. And it relies on non-state actors to commit the actual rapes, tortures, and killings. For the most part.

Ask any woman who has to avoid dark streets, subway stations, buses, parking garages, and who has to put bars on the windows and doors of her home how effective non-state terror can be.

Disorganization and using other people to do your dirtiest work does not actually prove you are better than the classical Nazis.

I love Joy Reid. Funny, true, insightful, informed, everything you could hope for in a journalist.

She’s not always deathly serious (laughter is the only balm these days) so on her twitter feed I found this, which led to many photos along these lines: 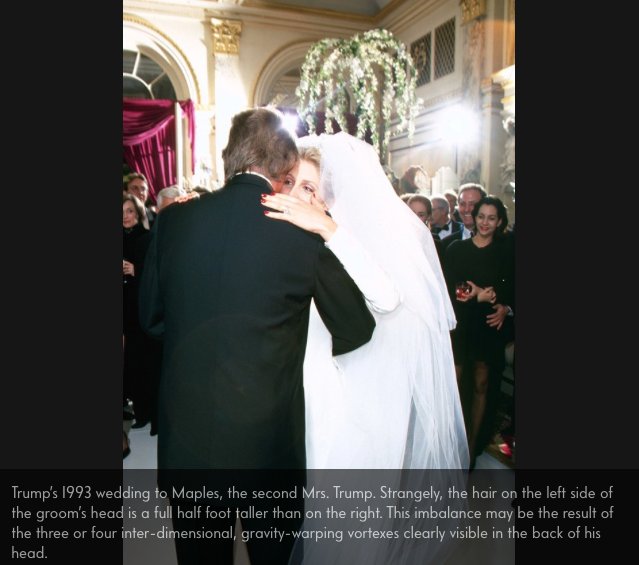 I was laughing till my stomach hurt at the whole series and many of the priceless comments, in spite of being clear on how likely compensatory (BIG) button-pushing would be in consequence.

But then further down in Joy’s feed was a link to an article in The Economist:

Conserve elephants: they hold a scientific mirror up to humans. 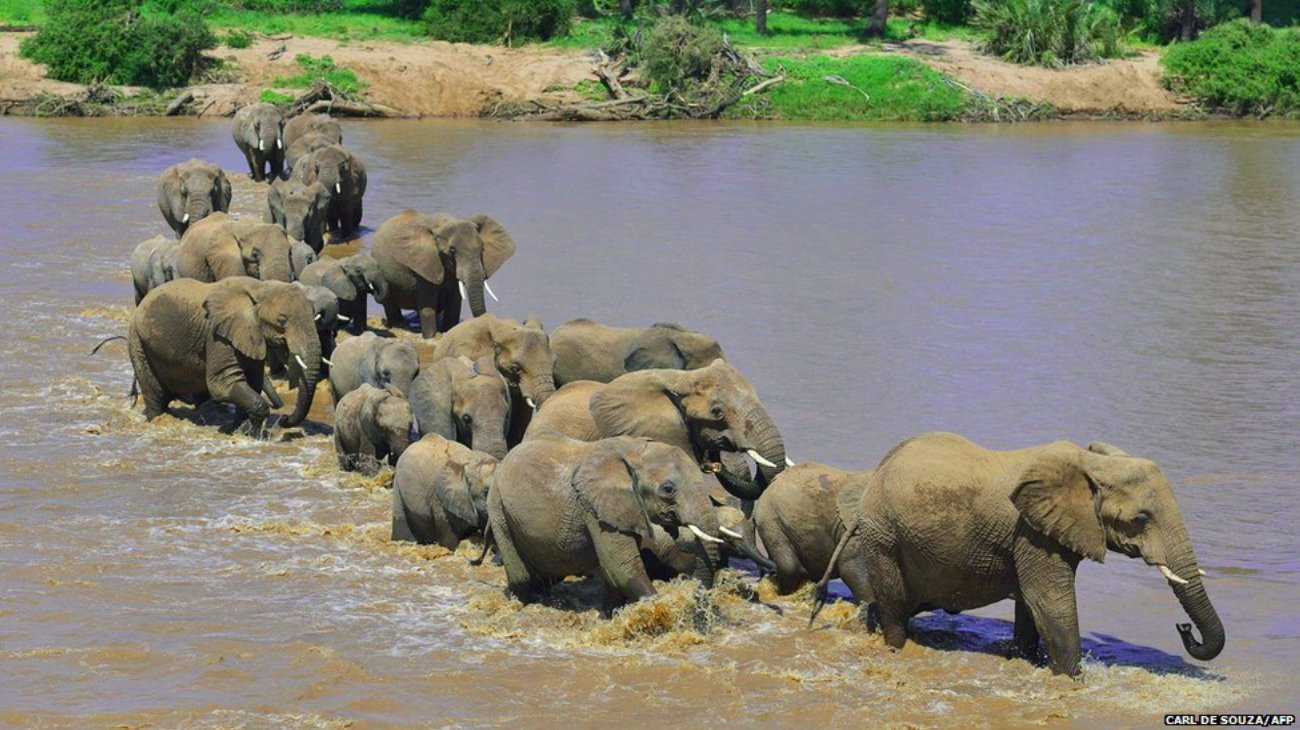 You really can’t talk about the species in the first picture and elephants on the same page. It’s just lucky they’re too advanced to hire lawyers.

You are currently browsing the Acid Test by Quixote weblog archives for January, 2018.