Does conservatism have a point?

At this point the word “conservative” has lost its meaning. The people it’s applied to have made it synonymous with moneygrubbing bullies who have the moral code of an earwig.

Conservatism does have a dictionary definition, however. It’s obviously about conserving. The only question is what.

Officially, officially, they’re supposed to be just as solid on foundational rights as everybody else. They’re supposed to have the same respect for the Magna Cartas, Bills of Rights, Constitutions, and rule of law in the world as all the other stripes of democratic political thought.

They’re called conservatives because they’re supposed to place a higher value on conserving existing institutions rather than changing them when there’s not enough evidence that would solve problems. They’re not supposed to be against all change. They’re just supposed to be more cautious about fixing things that may not broken.

Anyone who’s aware of what happened with the French Revolution, the Russian Revolution, the Chinese Cultural Revolution, ISIS/Daesh, Lord’s Resistance Army (which started out with some idealism!), and on and on and on, should be able to see why smashing the paradigm, or whichever buzzwords one prefers, does not necessarily end well.

Conservatism in the dictionary definition does have validity.

Granted, most of the systems in our current world are irretrievably broken. Start with the existential threat posed by climate change. On its own, even without the dozen other urgent problems, that requires changes in capitalism, social structure, and almost all industrial methods. (I have ideas on the full scope of that. Of course I do.) Climate change desperately needs a real, well thought out global revolution with funding levels appropriate to a global war. (See e.g. me twelve — 12! — effing years ago.)

Classical conservatism is not the solution now, but even now it is still good — it is always good — to tread carefully and to make sure that creative destruction is actually creative and not just destruction.

Modern “conservatism” is never a solution. It’s nothing but a grab to own women, weaker countries, anybody who doesn’t count. It’s conservative only in the sense that it’s the same thing tyrants have always done.

But it’s vital not to get carried away. It’s vital to remember that actual conservatives could have a point. In future, as the problems pile up and we get more desperate, it may be a very important point.

Brought on by David Roberts, Ed Burmila, neither of whom I disagree with at all in their analysis of what modern “conservatism” has become.

I am going to be ungrateful 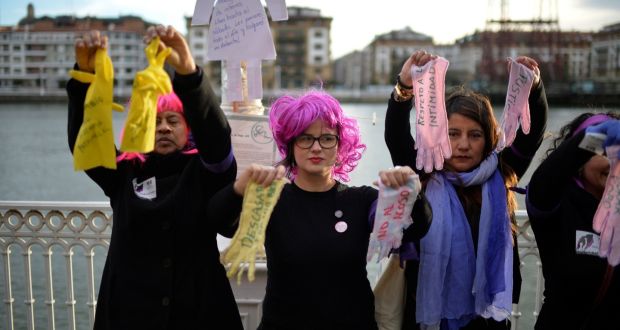 Meanwhile, men (with female assistance, you can always find some who assist in any underclass, as well as some men who do not) use every tool in the book to make sure women don’t count. Women should be baby-producing chattel who shut up and are nice about it. There is a mountain of daily murders to make sure they are, as well as sexual terror. Such crude methods should not be mentioned in polite society, so they’re often denied against the evidence. (Yes, it’s worth noting that those two examples are from the US, where the mass of crimes is not as massive as other examples that are easy to find.) The list goes on. Genital mutilation. A slave trade that spans the globe and sells mostly women and girls.

There are forced marriages of girls. They’re not sold, of course. There are just economic incentives. The women are beaten to force compliance, can’t leave, and get nothing for their work except permission to go on living (sometimes not even that). But people don’t call it slavery because it’s labelled marriage.

Women do some 70% of the world’s work, lots of it totally unpaid, get some 30% of global income, and own a small fraction of the world’s assets (WEF 2016, and estimated at 1% in this WSJ summary of a World Bank Development Report on Gender Equality 2012.). That is trillions of dollars every year robbed from women.

One day a year is not enough for half the human race.

The cost of war The cost of war
Andrew Harper (? not sure, see image)

This little four year-old was found by the UN workers in the photo, walking through the desert from Syria to Jordan. All he had was the shopping bag he carried, and all it contained was some clothes belonging to his dead mother and sister, killed in Syria.

We need a new world. STAT!

You are currently browsing the Acid Test by Quixote weblog archives for March, 2018.