Acid Test
Acid Test
Previous post: « I hate MarketSpeak
Next post: Throwing away your vote on a “loser” »
posted in energy, politics

The interior of Southern California has been slow-roasting, like everybody else in the U. S. of A. It’s so bad, people are being told to use their A/C less, to let their houses go all the way up to 78°F (25°C). The utilities have been moaning about having barely enough power to meet needs

They’ve been bewailing the temporary shutdown of the San Onofre nuke like the loss of the last drop of drinking water. (The thing has cracks in hundreds of steam pipes due to design flaws.) It provides 2200 Megawatts. It’s loss is terrible. We’re all dying out here.

A complete load of horsefeathers. I live near two natural gas power stations, and they’re barely ever even on. If it’s as bad as all that, you’d think they’d have to use them, yes? One produces 560 Megawatts, the other 1516MW. But they don’t. Especially the 1516MW one. If I see it running two days out of the year, that’s a lot. Admittedly, I don’t spend my life staring at it, so I might miss a day or two, but not much more than that. The other one seems to run maybe 14 days out of the year.

Then, yesterday I went for a hike and saw this: 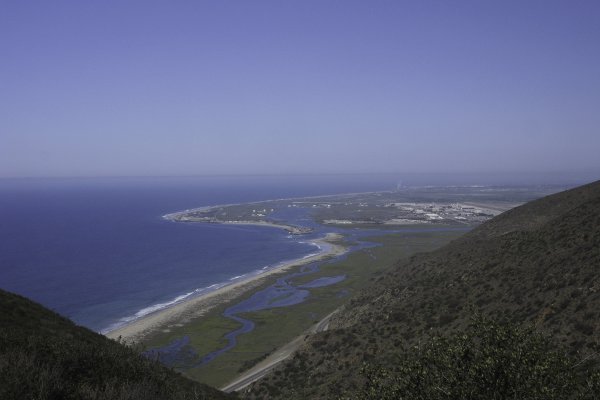 Nice, you say? What are you complaining about, you say? Well, look at those two wisps coming out of the two power plants. They’re running! They’re producing power! 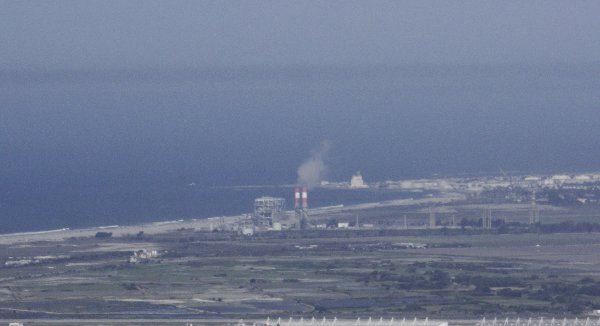 Half of it is down right now due to a fire, so it’s only producing about 730MW. (Notice also that line of photochemical smog.)

The neat thing about natural gas plants is the utlities get pollution credits for them because they’re so (relatively) clean. So — this is just a wild guess — by not running them, they can use those credits for dirtier plants of theirs. Or sell them to other needy utilities.

Meanwhile, they can weep and wail and gnash their teeth over how we must turn the nukes back on now now now! Or else we might have to turn the A/C all the way to 79°F.