My original hard drive developed Issues. It was necessary to Take Steps. However, for a Sharp MP30 that’s the equivalent of needing to replace a fuel filter on a Ford Explorer. You shouldn’t have to take the whole machine apart to get at it, but you do. 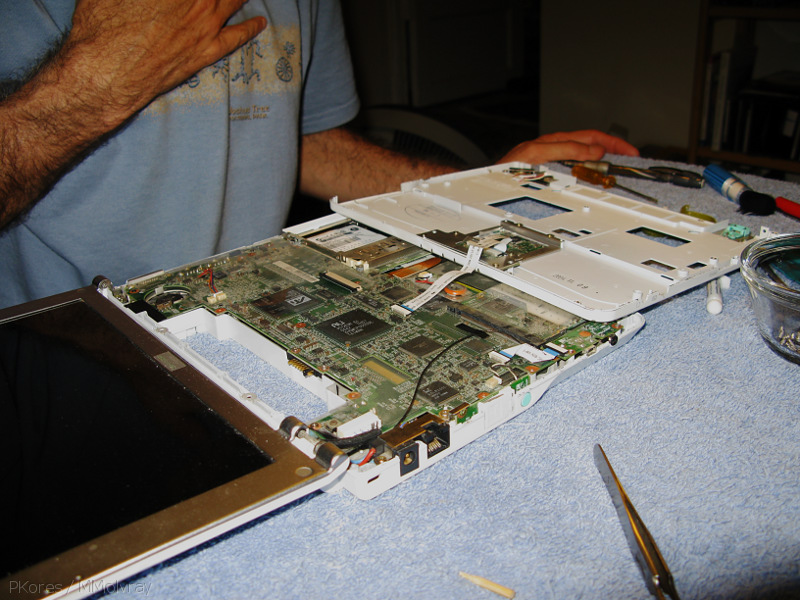 In the process of trying to get down to the hard drive, the CPU detached from its heat sink. Without one, CPUs last about 3 microseconds before they overheat. The old heat sink gunk had to be v.e.r.y  c.a.r.e.f.u.l.l.y cleaned off, without breaking any less-than-hair-thin connections, the CPU surface polished back to smooth so the connection to the heat sink would be even, and glued back on with new heat sink compound. 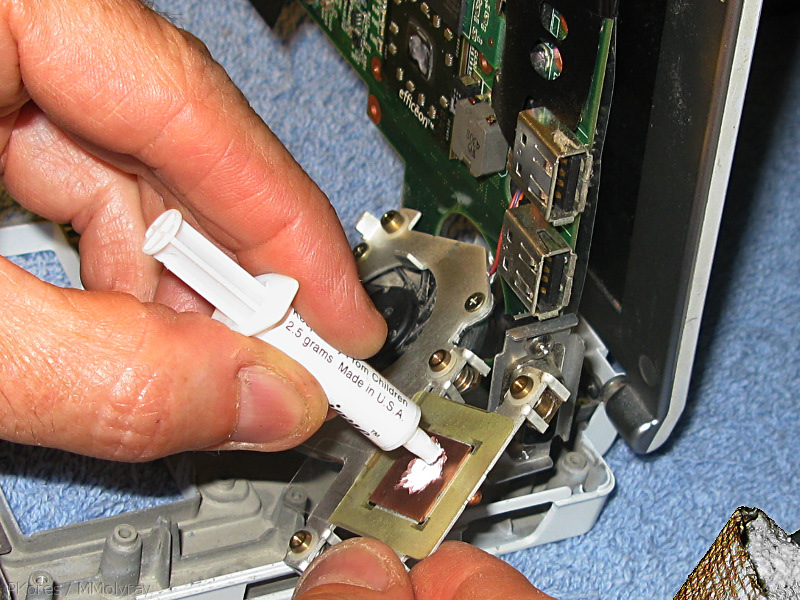 Reattaching the ribbon cables was a trip, too. The one for the keyboard was particularly interesting and required the fabrication of high tech equipment. (What you see there are the sharpened tips of bamboo skewers commandeered from the kitchen.) 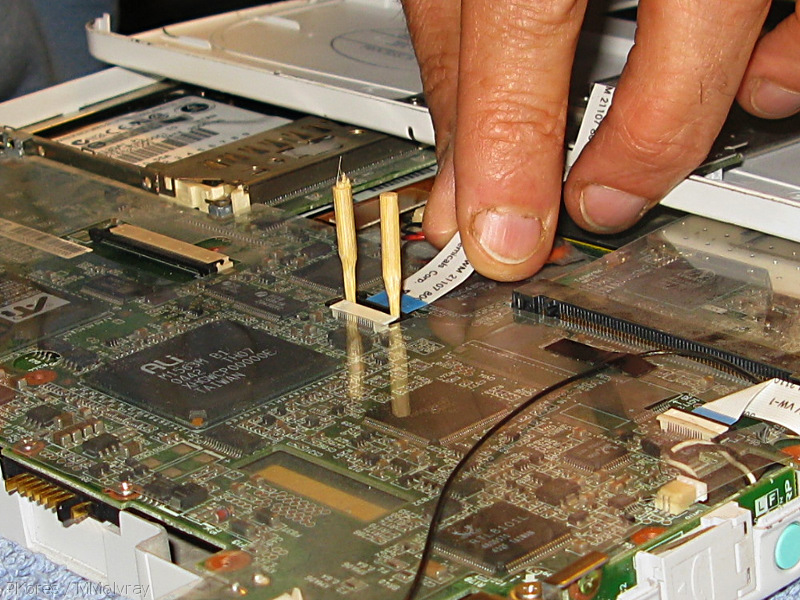 The whole series of 15 pics is here, and once I have captions up, it’ll be easier to follow the whole process.